A few weeks ago, we had the opportunity to watch Liverpool win their sixth Champions League title after beating Tottenham Hotspur 2-0 in a questionably disappointing match in Madrid. Liverpool has managed to win their sixth Champions League title despite putting in one of their worst performances of the season. Fans around the world were expecting a thrilling contest in line with the incredible comebacks that were demonstrated during the semi-finals, but it seems like the players failed to escape the sweltering heat during the game, with the temperatures soaring over 30 degrees Celsius at kick-off. In a nutshell, the game was not intense enough to reflect the importance of the outcome. True fans still enjoyed the match as they had the opportunity to witness two majestic English teams fight for the ultimate respect on the field. Watching the entire competition and analyzing all the performances and strategies was really fun and rewarding. Here are two important lessons that tech companies can learn from the UEFA Champions League finals: 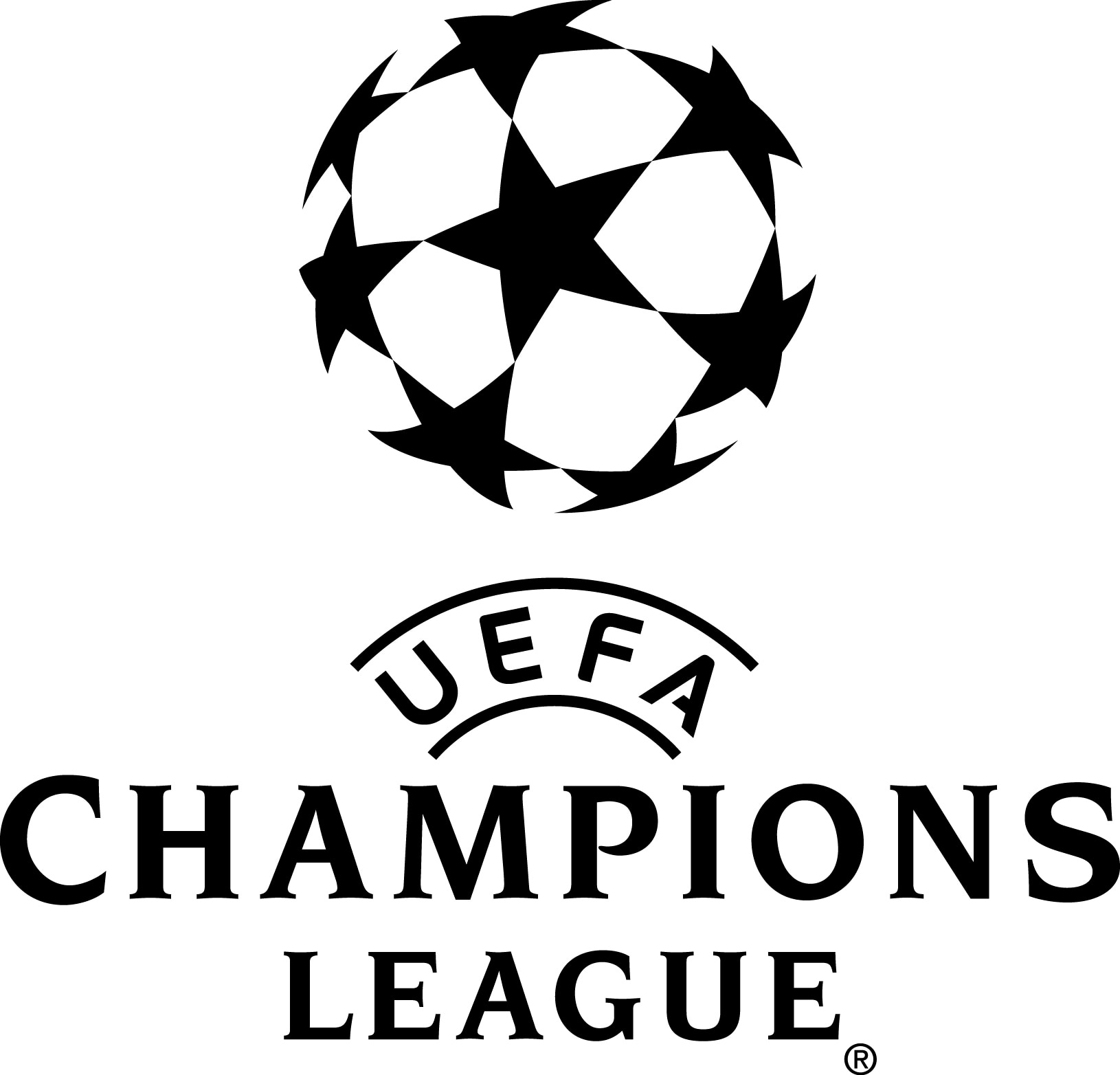 It was a historic day for Tottenham Hotspur – they’ve reached a Champions League final for the first time in their history. Regardless of the final result, their performance was fantastic through the competition and they’ve shown the entire world that teamwork can beat any odds. If a group of talented people can work together and support each other, they can achieve any dream. Did they win the competition? No, but they have managed to move the boundaries of what is possible for their team in the future. What is more, their business is doing really well.

Last season, Liverpool finished fourth in the Premier League and suffered a crushing defeat from Real Madrid in their Champions League final. And yet, they came back stronger than ever this season and crushed everyone on their road to victory. We could discuss different potential reasons behind their success, but the real reason is their ability to make the right investment decisions and bring the right people on board. People are the real reason all these sports clubs are successful. The tech business reflects similar values – it’s the people that successfully build and market all the products and services. The employers are there to manage and supervise their teams, while the people working for the company are there to accomplish all the goals required to make the company keep growing and advancing in the market. By investing in people and their development, you will create a rewarding environment of talented people that are satisfied and motivated to help you advance in the industry.

“The way a team plays as a whole determines its success. You may have the greatest bunch of individual stars in the world, but if they don’t play together, the club won’t be worth a dime.” – Babe Ruth

While people define most of the success stories, there is a huge shortage of talent in growing markets. Manpower’s 2018 Global Talent Shortage Report found that 45% of employers globally are struggling to fill positions. After spending thousands of dollars on unsuccessful HR endeavors, some companies are opening new offices or outsourcing their tasks, while others are hiring poor talent and turning their focus towards freelancers. This might seem like a decent short-term solution, but in the long run, it will most likely end disastrously. Your new team members are not able to integrate within your culture, you are not able to manage their productiveness, and you will most likely spend more money than initially planned on output iterations. The real solution is outstaffing, the only hiring strategy enabling companies to partner with top-tier development partners and expand their development department with affordable talent that will join their company as an extension of their existing team. Taking into consideration Champions League as an example, in order to be able to successfully grow your company, you need to build a thriving culture within your organization, a structure that will be connecting different people across the globe and offering them a single platform they can use to showcase their talent.

If you had the opportunity to watch the finals, you could have noticed that Spurs may have dictated large parts of the play but Liverpool commanded the overall game by focusing on effectiveness, and not the quantity of control. Liverpool strategized better than Spurs and made what time they had on the ball count. Companies are too worried about building products that can tackle a significant market share, rather than solutions that can bring value to a small number of customers. This is the reason why small tech startups are trying to build “revolutionary” products or come up with completely new solutions and they end up trying to raise millions of dollars for promising ideas and failing to execute crucial tasks within the market. Instead of being obsessed with competitors and long-term aspirations, companies need to focus on building a great early team and dominating a small part of the market, and subsequently build following around their values. Afterward, they can scale the results and grow their influence. The money will follow.

Yes, finding the right and motivated talent is difficult, but you can always vet and hire new people through outstaffing, accelerate your progress, validate your ideas, and deliver quality to your users. The goal for any tech company is to gather a group of individuals that can produce value, demonstrate their skill set in the right way, and move onto scaling the impact. Shaun Johnson, Co-founder and COO of Startup Institute, has explained that, “for startups, being evidentiary about your value proposition is huge. So many upstarts talk about being the Facebook Killer, or the X for Y, loftily and prematurely positioning them among mega-successes. Talking instead about what your company does and has achieved sets the stage for your vision in a way that is authentic, believable, and much less highfalutin. Always be a producer of value, so you can highlight current and translatable proof of what you factually can do versus what you aspire to become.” Such a strategy will enable you to prove your worth to the market and get recognized for your qualities by the big leagues.

You can hire great people and do your best to establish a flourishing culture within your company, but someone needs to be a leader and motivate the team to be victorious. Otherwise, your previous efforts will not result in any value. The right leader can achieve more with 5 motivated people than “a boss” with 20 unhappy individuals on their team. Just look at Jürgen Klopp, Liverpool’s manager from Germany, who took over the team, managed to pick the right people and motivate them to achieve their dream. By being able to pervade determination and belief, he also played a massive role in Liverpool’s comeback against Barcelona, one of the greatest Champions League turnarounds in history. With the proper leadership structure, motivated employees can lead to increased productivity and allow an organization to achieve higher levels of output.

In every aspect of a tech startup or a growing business, the diverse skills are needed for reaching success. But someone also needs to evaluate and manage these skills – lead the team forward. A guided team environment promotes an atmosphere that fosters friendship, collaboration, and loyalty. As a result, people are able to organize the workload based on individual strengths and experience, allowing the workload to be shared within the company, hence reducing the pressure on individuals and ensuring tasks are completed as planned. In addition, individuals can expand their skill sets, discover new ideas from their colleagues, and be more productive.

In today’s knowledge economy, the importance of people is difficult to describe. Whether they are developers, physicians, or athletes, they have the power to shape communities and change lives. We at SHORE teams, an outstaffing agency with years of experience in the tech industry, are working with a large of companies, helping them identify the right near-shore and off-shore partners and achieve their development goals. Therefore, we understand the significance of people and good cooperation. Many clients approach us with different problems and ambitions, but their intentions are solely focused on hiring more developers to build, update, or manage their products. After we help them analyze their team, find the right development partners, and make minor changes, they find out that the source of the majority of their problems was lack of the right people on their team. Therefore, our portfolio is full of gratified tech companies that were lucky enough to realize the importance of teamwork early enough to save or grow their business. We live in the era of modern technologies, growing industries, and demanding customers. Being successful means being surrounded by the right talent and working hard to establish some worth around your output. Yes, people on their own can achieve a lot of things, but teamwork creates extraordinary quality that wins the game in the end.

If you are a tech company looking to grow your team with European developers and reduce your development and management costs, we would love to hear from you and help you achieve your goals in 2019. SHORE teams is working with a larger number of experienced development partners in various industries. Send us a message today and we will schedule a free call to discuss further.